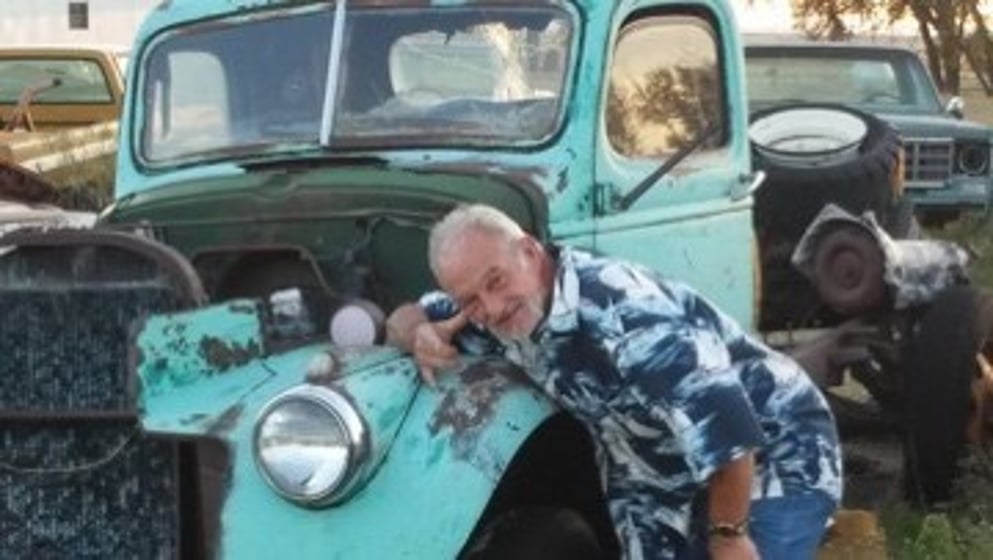 Rodney Lee Hecker, 68, passed away on Saturday, March 12, 2022, in Bridgeport, Nebraska with his wife Deb by his side. Rodney was born September 29, 1953, in Sidney, Nebraska to Paul ‘Sonny’ and Gwendolyn Hecker. Around age 4 they moved to California where he traveled along the coast with his dad, playing the guitar with his brother Ron for Me and Ed’s Pizza Parlors. After a short stint in California they moved to Colorado, and then settled back in Sidney, Nebraska. Rodney graduated from Sydney High School in 1971 and was a star athlete. As an adult he was creative and inventive, a carver, a master craftsman, a welder, and a home builder; to name a few of his many talents. During his time in Gulfport, Mississippi he built Yachts, custom cabinetry, and race cars. He loved riding motorcycles, diving, fishing, the beach, cooking, caring for animals, converting flea market finds into valuable treasures, playing the guitar, and fixing up old cars. He never met a stranger, wore his heart on his sleeve, and was not afraid to show his emotions.

He is preceded in death by his parents Paul ‘Sonny’ and Gwendolyn Hecker, brother Rick Hecker, and daughter Stephanie Hajek.

A memorial service will be held on Monday, March 21, 2022, at 10:00 AM at Church of Christ, 314 W. 7th, Bridgeport, Nebraska. Burial immediately following at Rose Hill Cemetery in Broadwater. Memorials can be given to the funeral home, Bridgeport Memorial Chapel PO Box 367, Bridgeport, NE 69336, in care of the Hecker Family.  Online condolences may be left at www.bridgeportmemorialchapel.com.