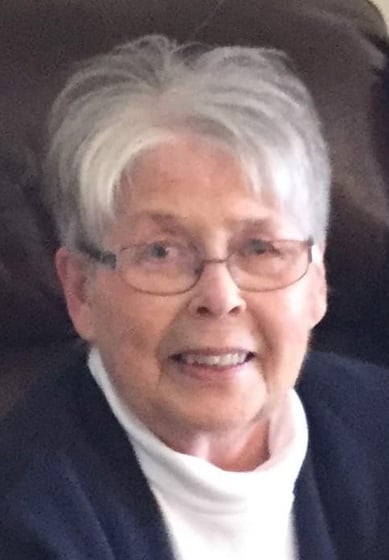 Barbara A. Namuth, age 80, of Lodgepole, passed away at home on Tuesday, July 5, 2022. Funeral services will be held at 11:00 A.M. Monday, July 11, 2022, at Gloria Dei Lutheran Church in Lodgepole, NE, with PMA Brenda Tophoj officiating. Burial will take place in Pleasant View Cemetery in Lodgepole.  Services will be recorded and available on our website for viewing.

Friends may stop at the Church prior to the service from 9-10:30 A.M.  and leave condolences for the family. Memorial contributions may be made in Barbara’s name to the Kimball County Transit Services or the Chappell Senior Center.

You may view Barb’s Book of Memories, leave condolences, photos and stories at www.gehrigstittchapel.com.

Barbara A. Namuth, the daughter of Carl and Edith (Volkman) Jurgens, was born March 1, 1942 in Sidney, NE. She grew up and was raised on a farm in the Weyerts community north of Lodgepole. She attended Lodgepole High School, graduating in 1960. She received her Cosmetology license from the Denver School of Cosmetology in 1961. On September 30, 1961, she married her high school sweetheart, Delbert Namuth, in Lodgepole, NE. They moved to Oshkosh, NE in 1964 where Barbara had a successful career as a beautician for 33 years. In 1998 they moved to North Platte, NE before relocating and retiring in Lodgepole, NE in 2004.

Barbara was a member of the Gloria Dei Church. Her most favorite pastimes were spending time at Lake McConaughey, tending to her beautiful flower gardens and roses, going to sport activities of her grandkids, and spending time with her family, friends, grandchildren and great-grandchildren.

Barbara was preceded in Death by her husband, Delbert, her parents, her sister, Phyllis Whitefoot, and her brother, Roland Jurgens.