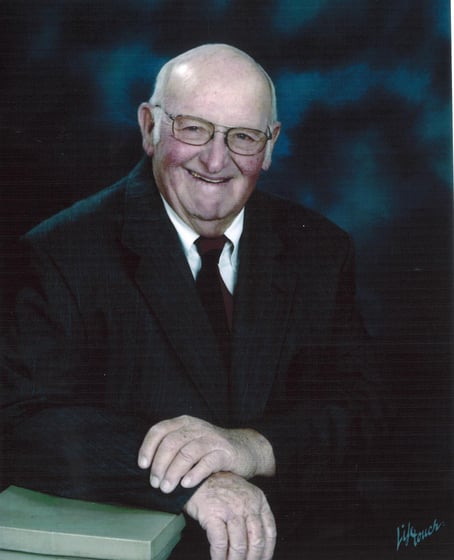 In lieu of flowers please make donations to any of the following:  Gurley or Dalton Fire Department or St. Mary’s Catholic Church.

You may view Robert’s Book of Memories, leave condolences, photos and stories at www.gehrigstittchapel.com.

Robert was born June 29th, 1933, on the family farm one mile west of Dalton. He was born to Anthony and Catherine Ketteler (Wirges) He attended Center school K-10th grade. He then attended and graduated from Gurley High school with honors in 1950. He then started working for Howard Reimers as a hired farm hand. He also drove truck for the Egging company and NFO. He had a lot of great trucking stories. He worked for various farmers assisting in their farming issues. He helped with custom harvesting, one of his favorite jobs. He continued farming with his dad until his dad retired. One of his favorite stories he used to tell was regarding the family work horse, falling off him and caring for him.

He belonged to St. Mary’s Catholic Church his entire life. He was Baptized, received First Communion, was Confirmed, and married to his wife, Trudy Ketteler, in that church.

His favorite past times was tinkering around the farm. Driving Minneapolis moline tractors, eating and sleeping- who doesn’t.

He was preceded in death by his parents, Anthony and Catherine, his brother Lloyd Kettleler, his sisters, Celestine Ketteler, Florence Stigall, and Dorothy Kopetzky.