Due to the overwhelming response for their single pack of transtape, Universal Body Labs has released a 2 pack of Trans Tape. “We have been blown away by the support our initial transtape has received from the gender...
Monday, November 29th 2021, 8:58 PM MST
Provided by Syndication Cloud 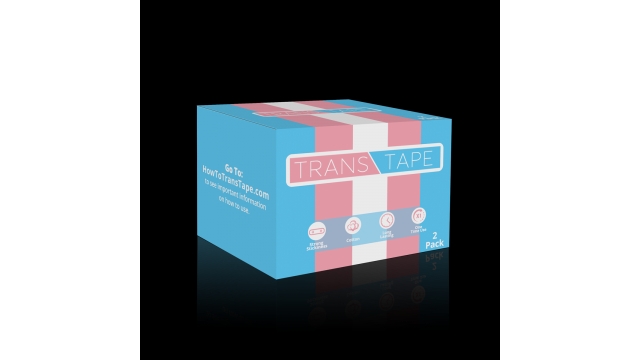 Due to the overwhelming response for their single pack of transtape, Universal Body Labs has released a 2 pack of Trans Tape.

“We have been blown away by the support our initial transtape has received from the gender neutral community and are pleased to announce the release of our new 2 pack of Trans Tape. It is a much safer way to than using traditional chest binders and studies have shown it can help with those suffering from gender dysphoria”, stated Steven Vegors spokesperson from Universal Body Labs. He went on to say “the reason we have released the 2 pack version of our tape is we want to continue to provide safe and affordable products for the trans community, who have been hit hard financially due to the ongoing health crisis”.

TransTape is part of a gender affirming system. It is a flexible material that does not compress the ribs or cause skin to sag. The best part is that it is hypoallergenic, latex-free, waterproof and made from flexible and breathable material.

TransTape can be a great alternative to surgical scars. It is safe to sleep in, as it does not compress the body. Moreover, it does not require any special treatment.

The other major benefits of the 2 Pack of Trans Tape by Universal Body Labs are:

– Strongest chest tape in the market and will keep everything in place, regardless of the size of the user

– Can be cut to desired length

These 2 Packs of Transtape are available now on Amazon and other fine stores.

Information contained on this page is provided by an independent third-party content provider. Frankly and this Site make no warranties or representations in connection therewith. If you are affiliated with this page and would like it removed please contact [email protected]