Huskers Shut Out By Toreros in Game Two 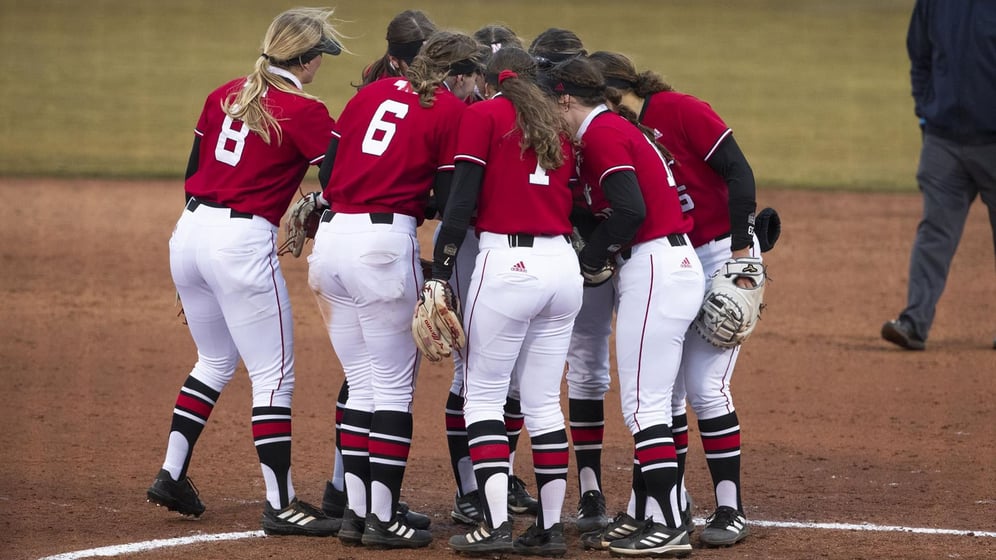 The Nebraska softball team (15-8) fell in game two, 4-0, to the San Diego Toreros (13-17) Tuesday night.Courtney Wallace (6-3) received the loss after starting and pitching 5.0 innings, striking out four and giving up seven hits. Kaylin Kinney pitched the final inning, facing four batters. In the circle for San Diego, Courtney Rose (5-6) pitched the complete game, striking out four, walking one, and holding NU's offense to six singles with no extra-base hits. The Toreros got on the board early, going up 1-0 in the bottom of the second inning. With two outs, a single and a walk put a runner in scoring position. Arisa Tovar hit a single up the middle, scoring one. Nebraska was able to get into scoring position with two outs after Courtney Wallace reached on a fielder's choice and stole second, but NU was not able to capitalize on it, ending the top of the third inning stranding a runner.  San Diego extended their lead after adding another run in the bottom of the fourth. A single and a sacrifice bunt put a runner in scoring position. A single down the right field line brought in a runner, making it a 2-0 game. After the Big Red stranded a runner in scoring position in the fifth inning, USD added two more runs in the bottom of the fifth. An error and two walks loaded the bases while a fielder's choice scored one. An infield single scored another, putting the Toreros up 4-0. The Huskers looked to make up the deficit, but were not able to get a base runner through the sixth and seventh innings. NU fell to former Husker MJ Knighten and her San Diego Toreros, 4-0. Nebraska will travel to Lawrence, Kan., for the Rock Chalk Challenge next weekend, March 18-20. NU will kick the weekend off with a game on Friday, March 18, at 10 a.m. CT against Tulsa. All games will be broadcasted live on the Huskers Radio Network and Huskers.com with the call by Nate Rohr. Game Notes

Huskers Fall in Game One to Toreros

The Nebraska softball team (15-8) fell to San Diego (12-17) in game one of a double header, 4-2. Despite tallying six hits, the Huskers weren't able to take the lead once the Toreros got out to an early 3-0 start in the bottom of the second. Olivia Ferrell (9-4) started in the circle for the Huskers, pitching the complete game. The senior struck out six batters, walked two and gave up seven hits. In the circle for San Diego was Madison Earnshaw who moved to 7-5 on the year. The junior pitched the complete game, walking three and giving up six hits. Mya Felder led the Huskers on offense, going 3-for-3 with a double. Brooke Andrews added her first RBI triple, finishing 2-for-2 on the day. The Toreros struck first in the bottom of the second inning. A single and a walk put a runner in scoring position. A fielder's choice and throwing error loaded the bases for USD. After a bases loaded walk scored one, a sacrifice fly to center field, scored another. A single from the shortstop brought in another run to put San Diego up, 3-0, at the bottom of the second. NU was able to put one on the board in the top of the fifth inning. Peyton Glatter walked followed by a triple down the left field line by Brooke Andrews to cut the lead to 3-1. With a runner at third, the Huskers were unable to capitalize and headed into the bottom of the fifth. Nebraska added another run in the top of the sixth. Sydney Gray led off with a walk and Anni Raley came in to pinch run. A double from Mya Felder put runners at second and third. Kaylin Kinney hit a sacrifice fly, scoring Raley, and making it a 3-2 game going into the bottom of the sixth inning. San Diego responded with a run of their own. A double and a sacrifice fly put the Toreros up two, making it a 4-2 game. The Huskers will face the Toreros in game two at approximately 7:45 p.m. CT. The game will be broadcasted live on the Huskers Radio Network and Huskers.com with the call by Nate Rohr. Game Notes