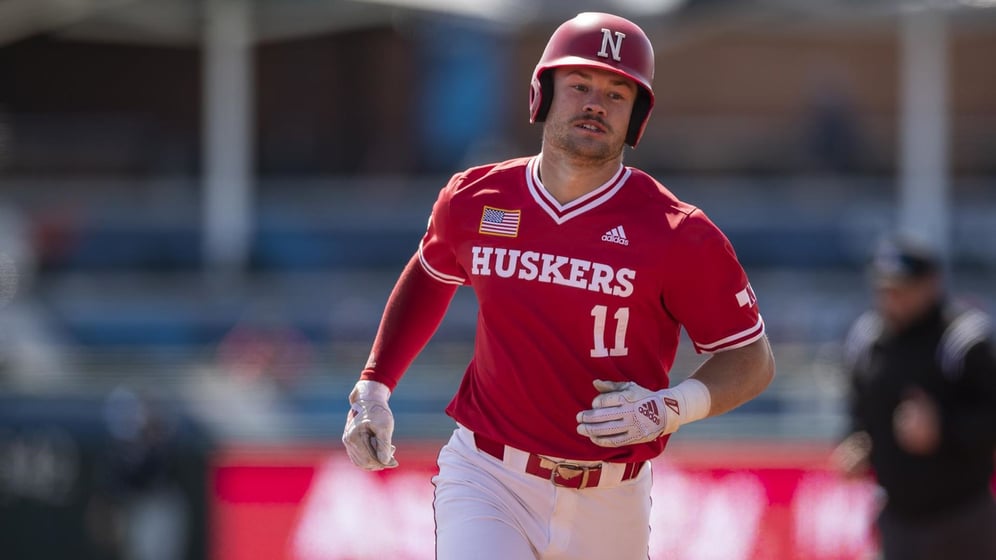 Nebraska dropped its series finale against BYU on Saturday afternoon, falling 4-3 to the Cougars at Hawks Field.

Jackson Brockett pitched a career-high 5.1 innings while making his first collegiate start. Brockett allowed two runs on four hits and struck out two Cougars. Corbin Hawkins fell to 0-1 after allowing two runs, none earned, on one hit in one inning. Tyler Martin tossed the final 2.2 innings, surrendering only three hits and tying his season-high with four strikeouts.

Cam Chick had this second three-hit game of the season, going 3-for-4 with a solo homer, his fifth of the season. Leighton Banjoff went 2-for-2 at the plate with a double and a walk. Jack Steil was 1-for-3 with a home run and two RBI, while Garrett Anglim and Core Jackson had one hit apiece.

Chick led off the bottom of the first by blasting the 2-0 pitch to the parking lot in right for a 455-foot solo home run to give Nebraska the quick lead.

The Huskers doubled the lead when Steil lifted a first-pitch solo homer that carried over the wall in right to make it a 2-0 game in the third.

BYU had the leadoff batter reach on a hit by pitch in the sixth, before Brock Watkins smacked the first pitch to right center for a two-run homer to tie the game at two.

Nebraska responded quickly, manufacturing one run in the bottom of the sixth without posting a hit to retake the lead at 3-2. Banjoff was plunked on a 2-1 pitch to begin the inning, while reaching third after consecutive sacrifice bunts by Efry Cervantes and Jackson. Following a BYU pitching change, the Huskers dialed up a suicide squeeze play with an 0-1 count that resulted in Steil laying down a successful sacrifice bunt with Banjoff sprinting home.

Hawkins started the seventh striking out Joshua Cowden, but Cowden reached first safely on a wild throw to first on the dropped third strike. Cowden advanced to third after a single by Mason Strong, before Ozzie Pratt ripped a two-out two-RBI single up the middle to give the Cougars a 4-3 lead.

Back-to-back singles and a throwing error loaded the bases for BYU in the eighth with one out. Martin escaped the inning with no damage done after getting a fielder's choice and strike out with the bases loaded to end top of the eighth.

Banjoff reached on a one-out double down the left field line in the bottom of the eighth and advanced to third on a wild pitch with two outs, but the Huskers couldn't bring Banjoff home to plate the tying run.

Chick notched his third hit of the day with a one-out single to left center in the bottom of the ninth. Chick stole second to put the tying run at second with one out, before BYU's Reid McLaughlin retired the next two Huskers to post the series-clinching 4-3 win for the Cougars.

Nebraska wraps up its nine-game homestand with a midweek game against North Dakota State on Wednesday, April 20. First pitch between the Huskers and Bison is set for 6:35 p.m. at Hawks Field.