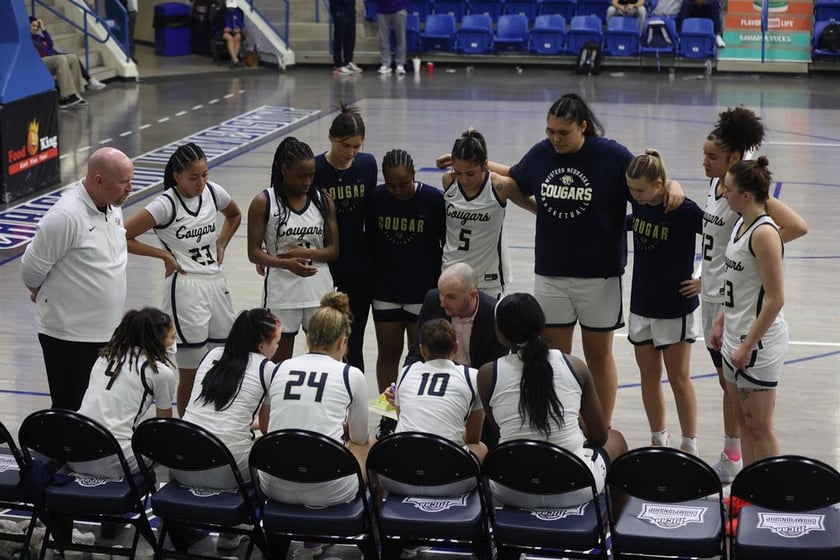 Chad Gibney has spent six years at Western Nebraska Community College in making the women’s basketball program one of the elite in the National Junior College Athletic Association.

On Friday, it was announced that Gibney will be heading to the Division I level after being hired as an assistant coach for Division I St. Bonaventure University.

Gibney brings an extensive coaching resume to St. Bonaventure. He joins the Bonnies after a decorated tenure at Western Nebraska Community College where he guided the Cougars to a 161-24 record over the past six seasons and six NJCAA National Tournament Appearances.

“Excited to bring Chad to St. Bonaventure,” St. Bonaventure women’s basketball coach Jesse Fleming said. “Chad has coached at the highest levels of junior college, bringing his team to the final four and producing some big time players. I have known Chad for close to 10 years and I always respected the way he ran his program. He is a great coach, he is going to be great recruiter and he has a bright future in this business.”

Gibney is excited to taking his coaching expertise to the Division I level.

“I am excited for a new opportunity and a new challenge,” Gibney said. “It is a really high level of basketball and I am excited to grow as a coach and get better and challenge myself at the highest level.”

Gibney said that when he came to WNCC in the summer of 2016 as a first-year men’s assistant basketball coach, he never thought he would become one of the top women’s coaches in the junior college level.

“Absolutely not,” Gibney said. “My time in Scottsbluff has been such a blessing and it took me places that I thought I would never go. I cannot say enough good things about my time at Western Nebraska. It holds a special place in my heart because of all the people and all the memories.”

Gibney has a long list of women’s basketball achievements during his six years as the head coach at WNCC.

Gibney became the interim women’s basketball head coach in January 2017 and has held that position ever since taking the Cougars to the NJCAA national tournament the past six years.

Originally from Lincoln, Gibney has led the development of three NJCAA First Team All-Americans in Merle Wiehl (2018-19), TK Morehouse (2019-20) and most recently Ale’jah Douglas, who also was named the World Exposure National Sophomore of the Year. Gibney also coached Bree Paulson, who played for WNCC in the 2016-17 season. Paulson then went on to play two years at St. Boniventure, the same college that Gibney will now be an assistant coach.

During the 2021-22 season, Gibney led Western Nebraska to a 30-3 record, going undefeated in league play and claiming the Region IX South Championship. The Cougars advanced to the NJCAA national Final Four and finished fourth in the nation.

Gibney said his time at WNCC has been great.

“I just want to say thank you to Ryan Burgner for obviously giving me this opportunity. He is the best AD that you could ask for. He gave me a chance when I was 24 years old and he has been tremendous. I want to thank Cory Fehringer for initially hiring me for being the men’s assistant and then giving me the confidence to move over to the women’s program. I just want to thank the community of Scottsbluff and Gering because there have been so many great people I got to know in my time here. I want to thank all the players that have made this possible because they are the ones that got the job done. I am so thankful for them.”

Gibney’s replacement, the new head coach, will officially be announced after Memorial Day.