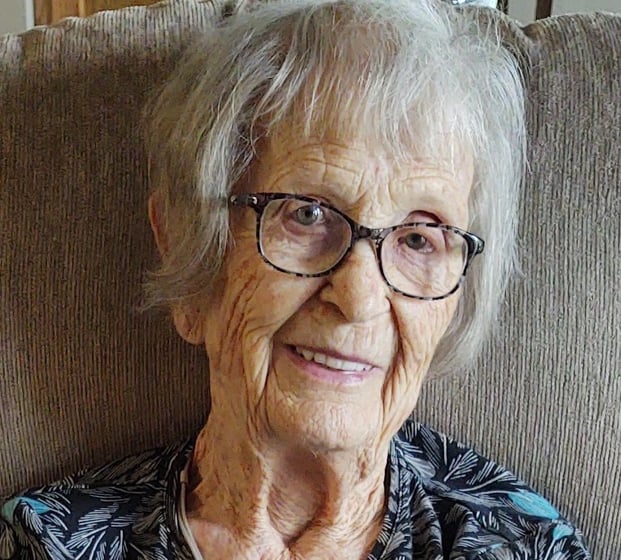 Jennie Joan Larson, daughter of Jim and Helen Larson, was born on September 10, 1930 in Alliance, Nebraska. She was the oldest of the four children. She was raised on a farm near Kersey, Colorado attended Kersey, Colorado school and graduated in 1948. Her grandfather, Olaf Larson, was a realtor and gave her paper and pencils that she used to play office.

In September 1947 she met the love of her life, a handsome guy named Don Hart. They dated until June 1949 when they were married in Greeley, Colorado. They moved into a two room apartment in Sidney, Nebraska and Don started his thirty year career as a firefighter in the U.S. Civil Service and served at Sioux Army Depot in Sidney, Nebraska, Ft Riley, Kansas, Fitzsimmons Army Hospital in Denver, Colorado and VA Hospital in Livermore, California.

When they were transferred to Denver, she was hired by a computer company, Control Data, as a secretary to the District Manager. She accepted a promotion to an administration position in the company's Regional Office in San Jose, California. In 1980, when Don retired, they moved to Minnesota when she became the first female administrative executive in this large corporation. The position included the administrative staff in the five U.S. Region offices and five European offices.

After her retirement, they returned to California to their almond farm, where they also had cattle and pigs. They returned to Colorado in 1985, and bought a farm where they raised alfalfa, black angus cattle, turkeys and chickens.

A few years later they built a home in Red Feather Lakes, expecting it would be their final home. During those years they did lots of traveling ... twenty-two cruises as well as visits to many countries.

Jennie and Don often said "we had a good life"

No funeral services are planned. Cremation has taken place. A celebration of life happened when she and her late husband Don were still alive.