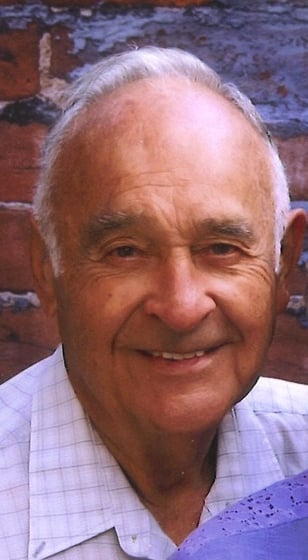 George Henry Hart, age 85, of Sidney, passed away peacefully at his home on Friday, July 22, 2022, in Sidney, NE.  Funeral Services will be held at 10:00 A.M. Wednesday, July 27, 2022 at the Church of Jesus Christ of Latter Day Saints in Sidney with President Michael Genho and Craig Markum officiating.  Interment will be in Greenwood Cemetery in Sidney, NE.  Services will be recorded and available on our website for viewing. Memorials can be made to Alzheimer’s Research.

Friends may stop at the Gehrig-Stitt Chapel on Tuesday from 1-6:00 P.M.  and leave condolences for the family.  Family will be present from 4-6:00 P.M.

You may view George’s Book of Memories, leave condolences, photos and stories at www.gehrigstittchapel.com.

George Henry Hart was born on May 9, 1937 in Briggsdale, CO to Jacob and Elizabeth (Deines) Hart. After living in Briggsdale, George moved to Greeley, CO, then Ordville, NE and finally in his teenage years settled in Sidney, NE. George graduated from Sidney High School in 1955 where he met his high school sweetheart, Lois Roos. They were united in marriage on July 25, 1958. This union blessed them with three wonderful children, Doug, Kathy, and Mike.

George took great pride in his work painting and hanging wallpaper. His unique attention to detail was sought by many, as he once received a personal phone call from the White House requesting his services. He built a successful career contributing to beautifying Sidney. Everyone always knew where George was because of his recognizable white paint van with the big red hearts. George personalized his work with his signature mark of a heart surrounding his name and the date on the wall behind the wallpaper he hung for so many families. George retired in his 60’s, but retirement did not keep him from picking up a paint brush as he still completed projects for friends and family for several more years.

Starting at a young age, George spent much of his free time fishing, a hobby that continued throughout his life. Many weekends were spent camping and fishing at Lake McConaughy and Lake Ogallala with his wife, children and grandchildren.

George was also a car enthusiast, a love he developed with his father and brothers. Their main source of entertainment on the farm was working on their cars. Once he moved to Sidney in high school, he was known to have one of the fastest cars in town. His last project, among many, was restoring a ‘69 Chevelle convertible that was occasionally seen in local parades. George and Lois also enjoyed NASCAR and went to many races. They also became fans of the Colorado Rockies.

In his later years, George could be found sitting in his recliner next to his living room picture windows watching the birds, cars and airplanes. He also thoroughly enjoyed visits from his numerous family and friends.

George was deeply loved and a devoted husband, father and grandfather. He had many friends and was highly respected for his hard work ethic and kind nature. He will be sorely missed.