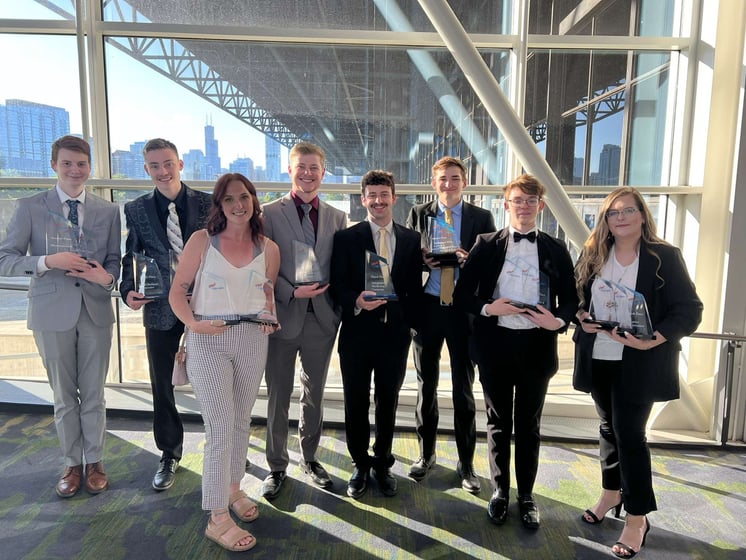 CSC individuals or teams placed in the top five nationally in nine categories and in the top 10 places of four additional categories.

Other individuals who each finished second were Kurtenbach in Marketing Analysis and Decision Making, Parde in Microeconomics, and Ramsey in Sports Management and Marketing.

Kurtenbach, president of CSC FBLA said the conference was a success.

“Not only did everyone compete great, but I also really believe everyone who came took something away from it. Whether it was new friends, developing their professional skills, or networking with professionals, all of us really grew in one way or another. I couldn’t be prouder of everyone and look forward to bringing home more hardware next year in Atlanta,” Kurtenbach said.

Parde, a first-year member of CSC FBLA, said competing in the conference, networking with business professional, as well as seeing Chicago were enjoyable.