Fire crews battling a western Nebraska wildfire that has destroyed some homes are looking to the skies with hope and trepidation as weather forecasters warn of thunderstorms.
Tuesday, August 2nd 2022, 12:27 PM MDT
By The Associated Press 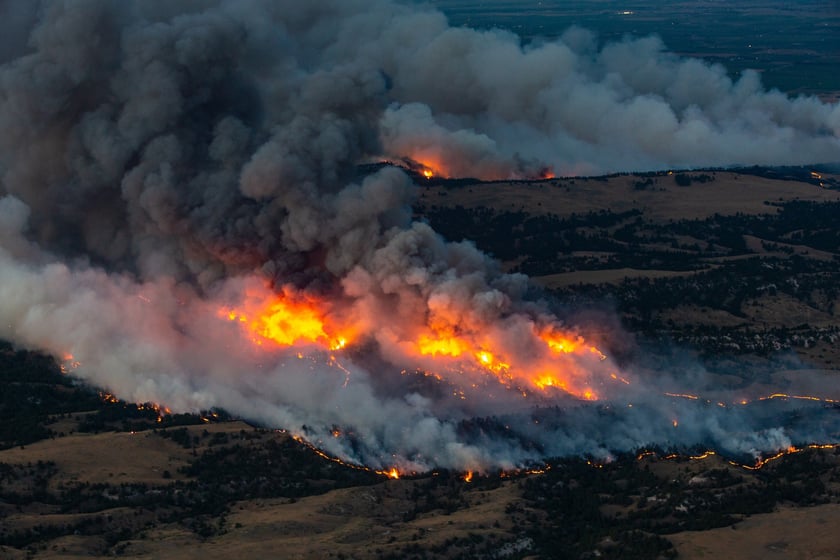 GERING, Neb. (AP) — Fire crews battling a western Nebraska wildfire that has destroyed some homes looked Tuesday to the skies with hope and trepidation as weather forecasters warned of thunderstorms.

The National Weather Service forecast a 50% chance of thunderstorms producing heavy rains Tuesday afternoon into the night. A storm could help douse the Carter Canyon Fire south of Gering that has scorched about 25 square miles (65 square kilometers) of mostly grass and timberland, destroyed three homes and damaged several more in the Carter Canyon community that was evacuated Sunday. No injuries have been reported.

While fire crews would welcome rain, they also fear lightning strikes that could spark new fires in the tinder-dry region, said Ben Bohall with the Nebraska Forest Service.

Firefighters had contained about 30% of the fire going into Tuesday, and a lot of progress was made late Monday and overnight as winds died down from the 20 mph (32 kph) seen Sunday.

“Several of our divisions are beginning mop up in their respective areas,” Bohall said. “We’re scaling back a bit and have had roughly 10 crews demobilize.” About 35 fire departments comprising about 200 people had been fighting the fire Sunday and early Monday.

Officials were alerted to two separate fires Saturday evening in heavily treed areas of the Cedar Canyon Wildlife Management Area and Carter Canyon Public Land. Dry conditions, rough terrain and high winds hampered efforts to control the fires that merged into one later in the weekend.

Tuesday's weather will pivotal in the effort to control the fire, as the forecast from Wednesday through Friday warns of temperatures near or above 100 degrees.