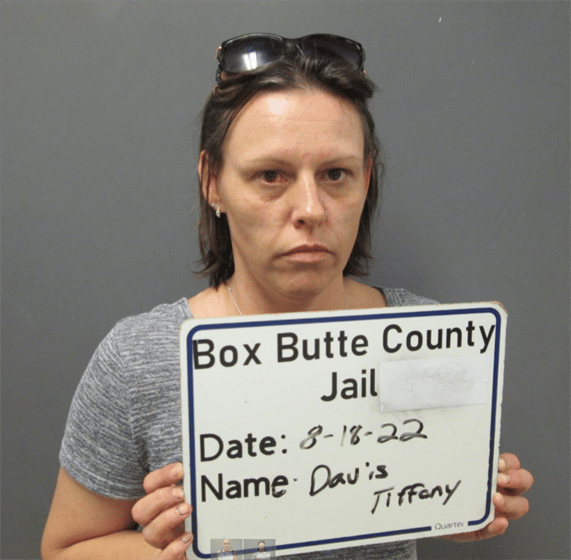 ALLIANCE, Neb. — A shoplifting arrest warrant reportedly led officials to a drug discovery in the Panhandle.

Davis reportedly grabbed her purse and went to the back of the store when officers approached her about the arrest warrant.

Authorities stated that Davis refused a search of her purse. Davis had someone come pick up her vehicle and placed her purse with them, according to police.

Dispatch confirmed the warrant, which had been issued for shoplifting on August 8th. Police arrested Davis and reported telling Davis they were going to deploy a police officer on the vehicle with her purse in it. Officers stated that she became upset and stated they were attempting to add more charges to her.

Officers reported that Davis admitted to using meth that morning.

She faces drug paraphernalia charges and is due in court next month.