A Colorado mother accused of plotting to kidnap her son from foster care after her teen daughter said she started associating with supporters of the QAnon conspiracy theory was found guilty of conspiracy to commit second-degree kidnapping on Friday.
Saturday, August 27th 2022, 12:25 PM MDT
By The Associated Press 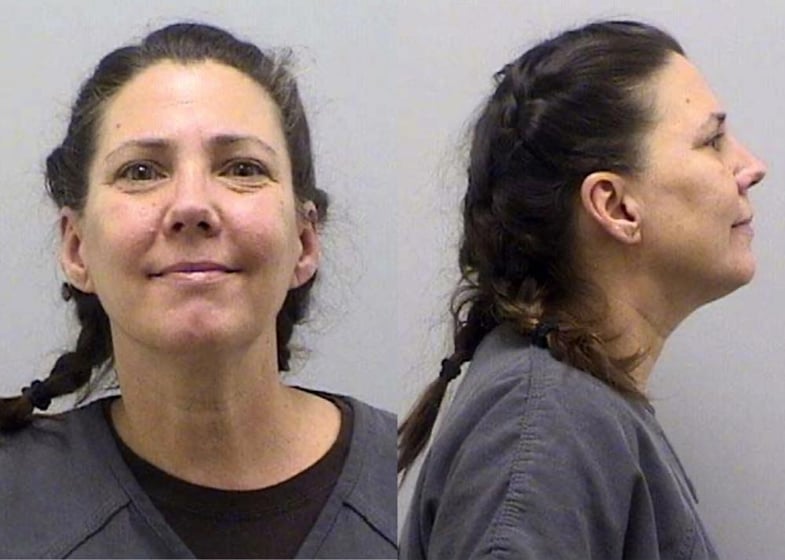 DENVER (AP) — A Colorado mother accused of plotting to kidnap her son from foster care after her teen daughter said she started associating with supporters of the QAnon conspiracy theory was found guilty of conspiracy to commit second-degree kidnapping on Friday.

Cynthia Abcug, 53, denied she was involved in planning a raid on the foster home where her then 7-year-old son lived in the fall of 2019. She had lost custody of him earlier that year after being accused of medical child abuse — lying about him having seizures and other health problems in order to trick doctors into providing unnecessary care.

Jurors also found Abcug guilty of a misdemeanor count of child abuse. She is scheduled to be sentenced in October.

Her son, now 10, is still in foster care and has not had serious health problems since being removed from Abcug, according to prosecutors.

Abcug’s lawyers suggested that a drug prescribed to treat the seizures was responsible for at least some of the boy’s health problems. Doctors had begun weaning him from the medication before he was removed from Abcug’s custody.

Abcug moved her family to Colorado in the fall of 2017 at the suggestion of a doctor in Florida in hopes that neurologists at Children’s Hospital Colorado could find out what the cause of his health problems were.

Abcug testified that after her son was removed in May 2019 she was extremely anxious and reached out on social media for help getting her son back. She told jurors she ended up meeting members of a group that said it was working on reforming the family court system and offered to help her get her son back legally. She said it turned out to be a scam with members interested in stealing money raised online to help parents who had lost custody of their children.

She did not describe the group as being involved with QAnon but said she heard references to the conspiracy theory by people she met through her activism online.

Around this time, Abcug posted on social media that social workers took children to sell them and sent them to other countries for adoption.

The conspiracy theory was not a main issue in the trial, which focused more on detailed testimony from medical providers and educators about Abcug’s medical history.

Abcug said she heard references to QAnon in passing in talking to people she met online. Rubber bracelets with a phrase used by QAnon supporters, Storm Is Upon Us, as well as a website known for posts about QAnon printed on them were found in Abcug’s home, according to police.

Abcug’s daughter, who was 16 at the time, told authorities she was concerned because her mother had been talking about a raid on the foster home for several months and that she believed people were going to be hurt because those involved believed her brother was wrongfully taken from his home, according to Abcug’s arrest affidavit. Her daughter also told them her mother had allowed a military veteran she believed to be armed to sleep on their couch to provide security, it said.

Abcug said the group she was working with arranged to send the man to protect her after the lock of her back sliding door was found broken. He has been been identified by police but has not been charged. In response to a question from the jury, she acknowledged she had never met him before she allowed him to stay with her.

Abcug said she bought a gun around this time because she feared for her safety but never made it to an appointment for a training class and has never fired it. Police found the appointment listed on the house’s whiteboard calendar when Abcug’s daughter was also removed from the home after reporting her concerns.

After her daughter was removed, Abcug said the man providing security coordinated with others to take her to a “safe house” and implied that she was held against her will. Abcug said her phone was taken from her and she was held for three months in a hotel.