Hershey hosts Holyoke for a doubleheader 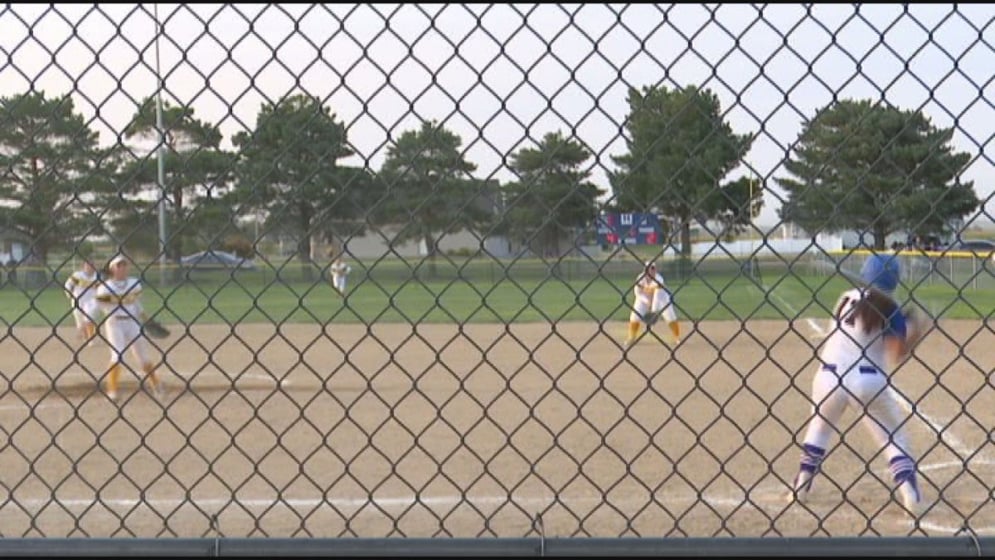 NORTH PLATTE, Neb. (KNOP) - The Hershey Panthers Softball Team hosts the Dragons from Holyoke, Colorado. So far in 2022, the Panthers own a 4-12 record on the season and lost their previous game against Lexington 15-5. Hershey looks to add two more games to the win column against the Dragons.

The Panthers battle back to win game one by a final of 8-7.

In game two, the Dragons get out to an early lead in the top of the first inning. To get out of the top of the first, the Panthers would pull off a double play. The ball was hit right back to pitcher Jordyn Messersmith, she then threw it back to catcher Clara Denny for the out at home, then Denny throws down to third basemen, Karlee Denny for the out at third to get out of the inning.

In the bottom of the first, the Panthers got the bats going. To get the hitting started lead off batter, Alyssa Quiroga singles. To follow up Quiroga’s hit Jaycie Reitz doubles to left center to put two runners on. Next batter up, Elizabeth Schmitt hits a double down the third base line to score Hershey’s first run of the game. During the next at-bat, Reitz was able to come home on a pass ball to make it 4-2 cutting the Holyoke lead in half. Later in the bottom of the first, Kaley Castillo hit a line drive to center field to make it a one-run game. A few batters later, Karlee Denny steps up to the plate with the bases loaded. Denny would earn a walk and a run would be walked in to tie the game. Jordyn Messersmith would also earn a walk, which walked in another run and the Panthers took the lead.

Hershey would go on to sweep the doubleheader winning game two by a final score of 9-5. Hershey would improve to 6-12 on the season. The Panthers will return to action on September 13th at Minden.