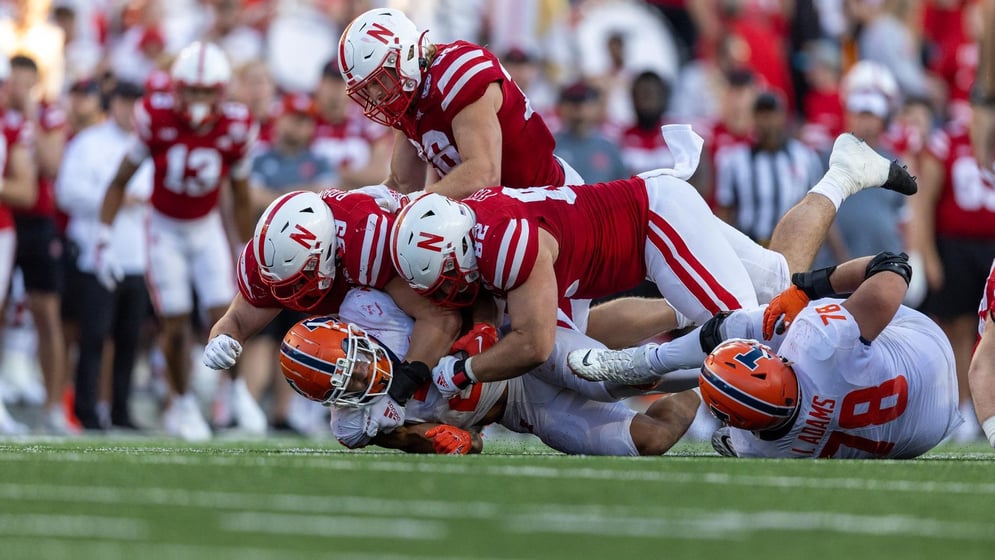 The Matchup
Nebraska plays its second consecutive home game against a Big Ten West foe on Saturday, when the Huskers play host to the Minnesota Golden Gophers at Memorial Stadium. Kickoff is set for 11 a.m. CT with television coverage on ESPN2.

The Huskers stand at 3-5 overall and 2-3 in Big Ten Conference play after a 26-9 setback against No. 17 Illinois last Saturday in Lincoln. Nebraska held a three-point advantage midway through the second quarter, but the Fighting Illini scored two touchdowns in the final six minutes of the first half to seize control. Illinois neutralized the Huskers' offense in the second half to secure the 17-point win.

Nebraska heads into the final stretch of the season needing to win three of its final four games in order to reach bowl eligibility. For the second straight week, Nebraska will face a powerful running game and
a stout defense when it takes on Minnesota.

Minnesota comes into the contest with a 5-3 overall record and a 2-3 mark in Big Ten action. The Gophers opened the year with four consecutive victories, before a three-game losing streak. Minnesota got back on track last Saturday with a 31-0 shutout victory over Rutgers in Minneapolis. The Gophers allowed just 134 total yards in the win and held the ball for more than 41 minutes.

Coach P.J. Fleck's team averages 222.8 yards per game on the ground to rank 12th nationally and second in the Big Ten. Senior running back Mo Ibrahim averages 142.6 rushing yards per contest to rank among the top 10 rushers in the country. Defensively, Minnesota allows just 274.4 total yards and 14.4 points per game and has allowed 10 or fewer points in five of eight games.

Series History: Nebraska vs. Minnesota
Nebraska and Minnesota have met every year since the Huskers joined the Big Ten with the 2022 season marking the 12th straight year the schools have met. Overall, Nebraska has faced Minnesota more than any other Big Ten team with Saturday's meeting the 63rd all-time between the two schools. Minnesota holds a 35-25-2 advantage.

• Minnesota has a 6-5 edge in the series since 2011, with victories in three straight meetings and four of five games since 2017.

• Nebraska owned a 16-game win streak in the series between 1963 and 2012, before the Gophers snapped the streak with a victory in 2013 in Lincoln.

• The 2020 game in Lincoln was played on Dec. 12, the only December game in Memorial Stadium history.

Reimer Leading Nebraska Linebacker Corps
Nebraska returned one of the nation's best linebacker tandems in Luke Reimer and Nick Henrich. The duo has been strong again this season. Reimer leads the Huskers with 58 tackles despite missing a game, and Henrich had 37 tackles in five games, before suffering a season-ending injury against Purdue.

• Last season the tandem of homegrown Huskers combined for 207 tackles, including 108 by Reimer and 99 by Henrich. The 207 tackles ranked as the sixth-highest returning total by two FBS teammates from the 2021 season.

• Reimer has totaled at least 10 tackles eight times in his career, while Henrich has recorded four games with double-figure tackles.

• Reimer had 19 tackles against Purdue in 2021, a Nebraska record in a Big Ten Conference game.

Starting Lineup Features New Faces
Nebraska has featured many new faces in the starting lineup this season, notably its transfers. However, several young players have also made an impact throughout 2022.

• Through eight games, 19 players have made their first career start in a Husker uniform in 2022. The group includes nine players on offense, eight on defense and two specialists.

• True freshman cornerback Malcolm Hartzog was the latest first-time starter, earning the starting nod the past four games. Hartzog was the first Nebraska true freshman to start at cornerback since Lamar Jackson in 2017. Hartzog has made an immediate impact. Against Indiana he returned a blocked punt for a touchdown and was the Big Ten Freshman of the Week. A week later at Rutgers, Hartzog made a game-clinching interception in the final minute.

This Week's Numbers
2 - Nebraska's defense has allowed only two second-half touchdowns combined in the past four games. The Huskers have kept three of their past four opponents out of the end zone in the second half.

63 - Saturday's game will mark Nebraska's 63rd all-time meeting with Minnesota, the Huskers' most frequent Big Ten opponent. The schools met 50 times before Nebraska joined the Big Ten in 2011, including 19 straight seasons from 1934 to 1952.