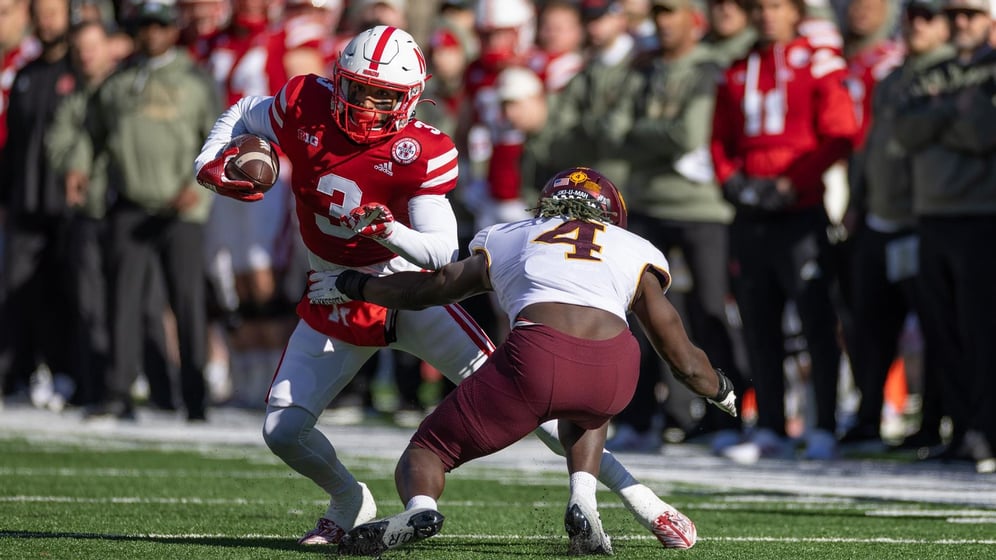 The Matchup
Nebraska heads on the road on Saturday, traveling to Ann Arbor, Mich., to take on the Wolverines at Michigan Stadium. The battle between two of college football's most tradition-rich programs will kick off at 3:30 p.m. local time in Ann Arbor (2:30 p.m. CT) with television coverage on ABC.

The Huskers stand at 3-6 overall and 2-4 in Big Ten Conference play after a 20-13 loss to Minnesota last Saturday. Nebraska opened the game impressively on both sides of the ball, scoring on its first two drives and holding the Gophers scoreless in the first half to take a 10-0 lead to intermission. However, Minnesota scored 20 unanswered points in the second half and held on for a seven-point win.

Nebraska must win its final three games in order to become bowl eligible. Following this Saturday's matchup at Michigan, the Huskers play host to Wisconsin on Nov. 19, before traveling to Iowa on Friday, Nov. 25 to close the regular season.

Michigan comes into Saturday's contest at a perfect 9-0 on the season, including a 6-0 mark in Big Ten Conference play. Michigan is ranked No. 3 in both this week's Associated Press Poll and coaches polls. Michigan was No. 5 in the first College Football Playoff rankings last week, prior to the Wolverines' 52-17 win at Rutgers on Saturday night.

Series History: Nebraska vs. Michigan
Saturday's meeting between Nebraska and Michigan will mark the 12th all-time between the schools and the sixth since Nebraska joined the Big Ten in 2011. Michigan holds a 6-4-1 all-time lead in the series, including 3-2 since 2011.

• Including this year's game, four of the six meetings between the schools since 2011 have been played at Michigan Stadium. The Wolverines are set to travel to Lincoln on Sept. 30, 2023.

• At least one of the teams has been ranked in seven of the past eight meetings, with an unranked Nebraska team defeating a nationally-ranked Wolverine squad in both 2005 and 2012.

• A win on Saturday would give Nebraska its first win against a ranked opponent since a 35-32 victory over No. 22 Oregon on Sept. 17, 2016. The Huskers have dropped their past 20 games against ranked opponents.

• Michigan is the highest ranked team Nebraska has faced since losing 23-16 at No. 3 Oklahoma last season.

This Week's Numbers
3 - The three largest crowds for Nebraska football games have occurred in Nebraska's three trips to Michigan Stadium since joining the Big Ten in 2011. Nebraska's contests with the Wolverines in Ann Arbor have all been witnessed by more than 111,000 fans, marking three of seven all-time crowds of more than 100,000 to watch a Husker game.

8 - Nebraska and Michigan are two of only eight schools to post 900 or more all-time victories. Michigan is first nationally with 985 victories, while Nebraska checks in at eighth with 911 victories in school history.