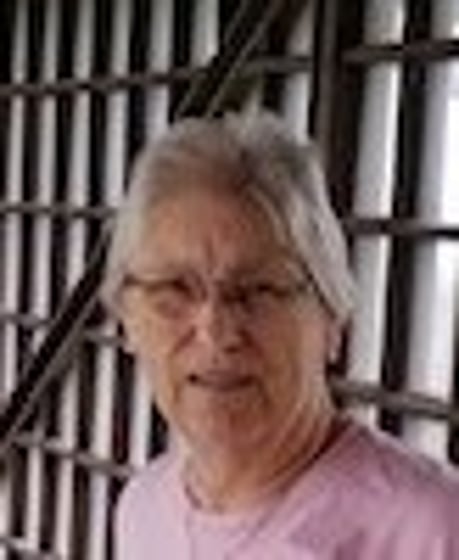 Karin R. Shaw, 71, of Kimball, died at Cheyenne Regional Medical Center on Sunday, November 6, 2022. Cremation has been held and memorial services will be held at 10:30 a.m. on Tuesday, November 15, 2022 at the Trinity United Methodist Church with Pastor Lorri Kentner and Owen Anderson officiating. Inurnment will be held at a later date. Friends may visit www.cantrellfh.com to leave condolences and stories for the family. In lieu of flowers, memorials may be given in Karin’s memory to Plains Historical Society and the Donor’s Choice. The services for Karin have been entrusted to the Cantrell Funeral Home.
Karin Ruth Shaw was born in Rockford, Illinois on April 7, 1951, the daughter of John and Clarice (Wilkins) Miceli. She was raised in Rockford and graduated from West High School in 1969. She worked at the theatre in Rockford and moved to Kimball with her dad, her father was the first golf pro in Kimball. She waited tables at the Holiday Inn. She met Jack Shaw and they were married on April 11, 1970. She worked at the CO-OP Grocery Store. She later attended WNCC and Chadron State College and received her teaching degree and in 1988 she received her B.S. in English. They moved to Phoenix and she worked as a tutor for 15 years. Karin then went to work for the County Attorney and worked as his legal support until retiring in 2018, at which time they moved back to Kimball. Karin loved quilting and sewing. She sewed many dance uniform for studios in Phoenix and Las Vegas. She loved spending time with her family, her grandkids were her favorite. She was an avid sports fan and enjoyed watching the Nebraska Cornhuskers, Phoenix Suns and the Chicago Cubs. She will be missed by many.
Survivors include her husband Jack Shaw of Kimball, NE; son John Douglas (Tracy) Shaw of Kimball, NE; daughter Lisa Shaw of Kimball, NE; sisters Karla (Scott) Johnson, and Patricia (Mark) Schallock; grandchildren Ciara (John) Tennill, Taylor (Phillip) Carney and John Charles Shaw; Great grandchildren Henlee Rose Tennill, Lainee Grace Tennill and Paul Wendell Carney. She was preceded in death by her parents, 2 brothers and 2 sisters.