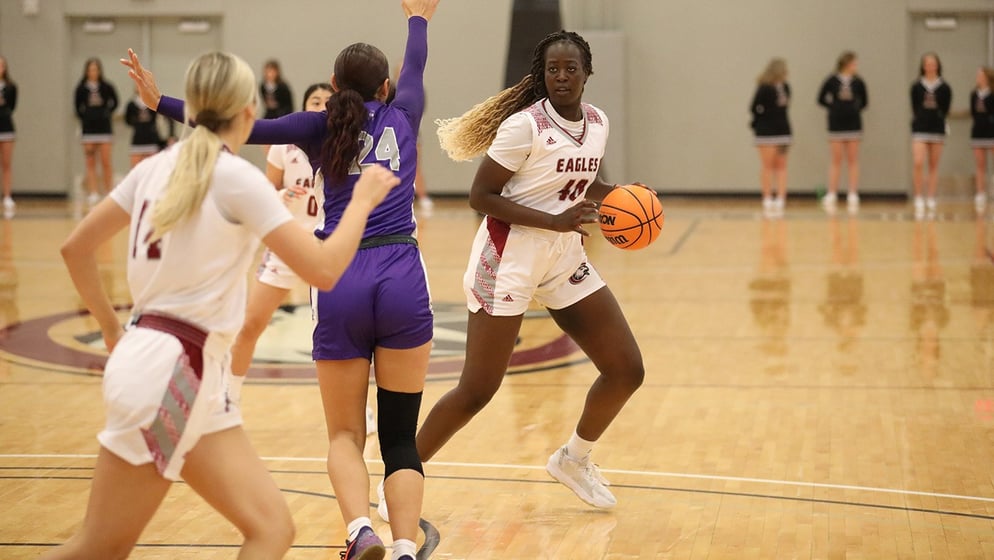 CHADRON, Neb. -- November 6, 2022 -- After winning three of four games at home last weekend to open their RMAC schedules, both Chadron State College basketball teams are on the road the next two weeks.

Both sets of Eagles will play at Colorado Christian, their travel partner for the 2022-23 season, on Wednesday (Dec. 7), and visit Western Colorado in Gunnison on Friday night.  Next week, the CSC teams will meet the Regis Rangers in Denver on Friday, Dec. 16 and play at Colorado-Colorado Springs the following night.

The Chadron State men's team improved its record to 5-3 last Friday and Saturday by downing Colorado State-Pueblo 83-71 and New Mexico Highlands 71-61.  The CSC women trailed Pueblo 46-28 at halftime, were behind by only 66-65 with 2:49 remaining before the ThunderWolves scored nine of the final 10 points to win the first game 75-66.  On Saturday, the Lady Eagles shot 50% from the field while winning 89-59 over previously undefeated Highlands.

The Colorado Christian women are 1-1 in RMAC action after losing to New Mexico Highlands 74-66 on Friday night, but surprising Colorado State-Pueblo 76-71 on Saturday night.  The Lady Cougars are 5-3 for the season.

The Cougars' men are 4-4 so far, but lost both games at home last weekend while opening their conference slate.  Highlands won the first game 73-62 and Pueblo prevailed 68-55 on Saturday night.

The Western Colorado teams lost both of their RMAC openers while playing on the road.  Adams State thumped the Lady Mountaineers 81-61 and Fort Lewis prevailed 64-57.  In the men's action, Adams State won a 72-71 squeaker, even though Western's 6-8 sophomore Robel Desta tallied 25 points, and Fort Lewis remained undefeated with an 89-63 victory.