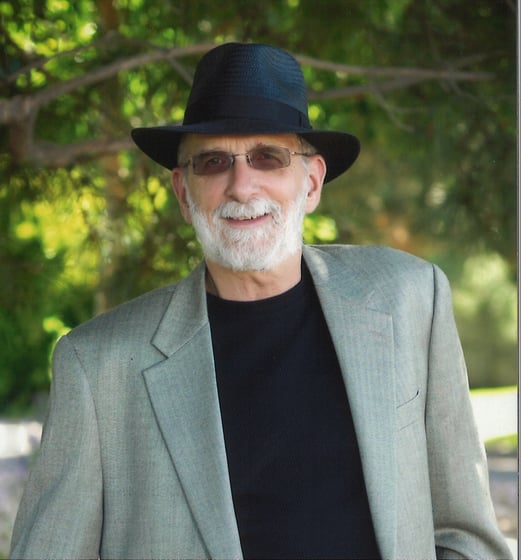 Jeffrey L. Pippitt, age 77, of Sidney passed away peacefully on Sunday, January 1, 2023. Memorial services honoring Jeff’s life will be held at 10:30 A.M. on Saturday, January 14, 2023 at the Christ Episcopal Church in Sidney, NE with Pastor Chad Rademacher officiating. Services will be livestreamed on the Gehrig-Stitt Chapel Facebook page and recorded for later viewing on our website. Friends may stop at the Gehrig-Stitt Chapel on Friday, January 13, 2023 from 1:00-6:00 P.M. to sign Jeff’s register book and leave condolences. Memorials may be sent to the WNCC Foundation for the Jeff Pippitt Scholarship.

You may view Jeff’s Book of Memories, leave condolences, photos and stories at www.gehrigstittchapel.com.

An Angel to watch over us, Jeffrey Lee Pippitt entered this world on February 22, 1945. Jeff was the youngest son of Loyal LaVerne and Gretchen (Rabe) Pippitt. Jeff grew up in Sidney where he enjoyed life and made many friends. He always said he didn’t go to school to learn, but to have fun! Jeff graduated from Sidney High School in 1963, and went on to attend cosmetology school at the Olympic Beauty School and the American Beauty School, both in Denver, Colorado. People often asked Jeff how he chose cosmetology as a profession, and his response was always that he once saw a friend driving a Corvette he liked around town, so he asked him how he could get one of his own. His friend simply replied, “Cosmetology, my friend!” Jeff eventually went on to became an Instructor of Cosmetology. He was the Director of Cosmetology at Northeastern Jr. College in Sterling, Colorado for 5 years and then at Western Nebraska Community College in Sidney for the next 30 years. During his tenure at WNCC, he was appointed to the Nebraska State Board of Cosmetology and helped implement many changes that are still in practice today. Even after 45 years in the industry, Jeff woke up and looked forward to going to work each day. He loved making a difference in his profession, as well as lives of his students. Jeff retired in 2009 after teaching over 1500 students.

During his lifetime, Jeff married Sue Asti and out of this union came two children, Ryan and Trisha Pippitt. He then went on to marry Louella Studnicka and had two additional children, Alexandria and Kristine.

Outside of family and work, Jeff’s passion was collecting and working on his classic cars. He was an active member in the Cruise ‘n Class Car Club in Sidney for many years, where he helped coordinate the annual Oktoberfest car activities. You could always find Jeff socializing with people, whether it be enjoying coffee at the donut shop or exercising with his friends at the Community Center. He also took great pride in his yard, and spent many hours each day making it beautiful. Jeff was strong in his faith and was a member of the Christ Episcopal Church for over 70 years. During this time, he served on the Vestry and enjoyed training the acolytes. Jeff was fun-loving and never afraid to help somebody in need. He loved his family, friends, animals and music, and he lived every day to the fullest. Jeff’s bright light has gone dim, but his legacy will live on through all of the lives he touched, and he will remain in our hearts forever.

Jeff was preceded in death by his parents and daughter-in-law Crystal Pippitt.