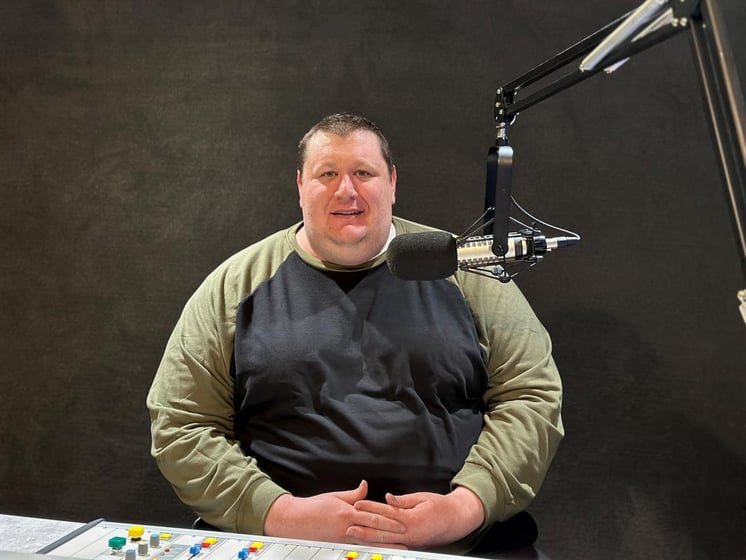 Jay Allen, who joins Flood Communications after 10 years at iHeartMedia stations across the southeastern part of the United States, was named Operations Manager and Morning Show Host for 104.3 FM KIMB in December. His first day was Dec. 1.

Allen was born in North Platte and grew up in Bayard. He earned his Journalism and Technical Communications Degree from Colorado State University.

“I couldn’t be more excited about this opportunity,” Allen said. “The two things I have loved since I was a little kid are radio and the Nebraska panhandle, so to be on the air and out in the community here is truly surreal. A dream come true."

Allen will lead the day-to-day operations, direct programming, and host a live weekday morning show from 5 a.m. to 10 a.m., while participating in community events, creating content around Kimball County, and interviewing community members.

Flood Communications - Western Nebraska Station Manager Hunter Arterburn believes having a voice who's from the Nebraska panhandle, and has several years of radio experience, will be a terrific addition to Kimball and KIMB.

"In his short time with us, Jay has already shown great desire and energy to promote Kimball, Kimball County, and the surrounding area." Arterburn said. "His love for media and community is exciting. He's already reported on meetings, met with local officials, and covered two snow storms on top of programming KIMB. We can't wait to get the station launched for him and Kimball."

KIMB will go on-air in early 2023. More details on the format and station logo are expected to be released in the coming weeks.

ABOUT FLOOD COMMUNICATIONS: One of the largest news operations in Nebraska, Flood Communications delivers hyper-local news and high-quality programming to radio, TV and digital audiences across the state, reaching more than 500,000 homes and 500,000 social media followers. Its stations include: News Channel Nebraska, Telemundo Nebraska and 16 radio stations. News Channel Nebraska is the only in-state, independent television network of its kind in America. Telemundo Nebraska is the state’s first network affiliate to deliver live, local Spanish news to Nebraska’s nearly 250,000 Hispanic residents. Flood Communications connects communities across the state by covering important events, supporting worthy causes and continuing to look ahead, envisioning the future of communications. To learn more, visit www.FloodComm.com.