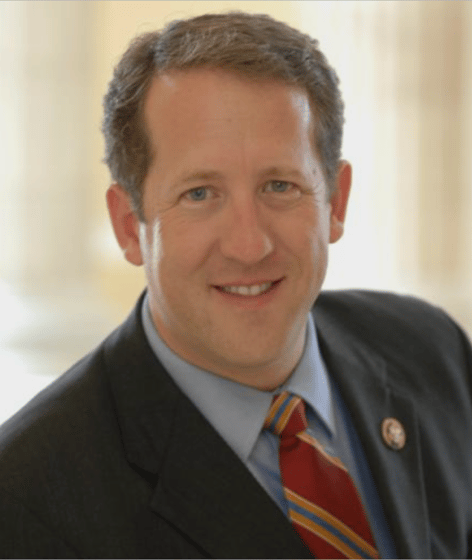 SIDNEY -- Decisions by President Joe Biden and his administration leave a lot of questions, according to Rep. Adrian Smith (R-Nebraska)

He was asked about the President's response to the southern border. He said President Biden finally visited the border, but questioned the timeliness.

"He's had a posture of an open border," Rep. Smith said.

Now concerns are developing at the northern border, he said.

"There's a process," he said. "Can it be cumbersome? Yes. Let's do something about that."

He also talking about spending. He said he is concerned with the spending that occurs without accountability. He said some officials then act surprised when there's inflation.

The U.S. Government is expected to make a decision soon on its debt ceiling, or maximum amount the government can borrow. According to Forbes.com, the federal government hit the debt limit today, unless elected officials extend the debt ceiling. The U.S. debt ceiling is at $31.3 trillion. U.S. Treasury Secretary Janet Yellen said in a January 13 letter to Congress  “extraordinary measures”  will have to be taken to prevent the U.S. from defaulting on its obligations.

A report from the U.S. Treasury indicates just approaching a hit to the debt ceiling has economic consequences. The report refers to standoff between Republicans and former President Barack Obama in 2011 that led to a drastic fall in stock prices, increasing mortgage rates and a drop on consumer confidence.

He also talked briefly about President Biden's possession of classified documents, reported to be in his possession since he was vice president under former President Barack Obama.  Smith said Biden reports he's cooperating with investigators.

He added the remaining question is why did he have them.