No doubt about it, the Chadron State College men's basketball team needs to win some more games if it's going to reach the goal of qualifying for the Rocky Mountain Athletic Conferences's Shootout at the end of the season.
Thursday, January 19th 2023, 9:39 PM MST
By Chadron State College 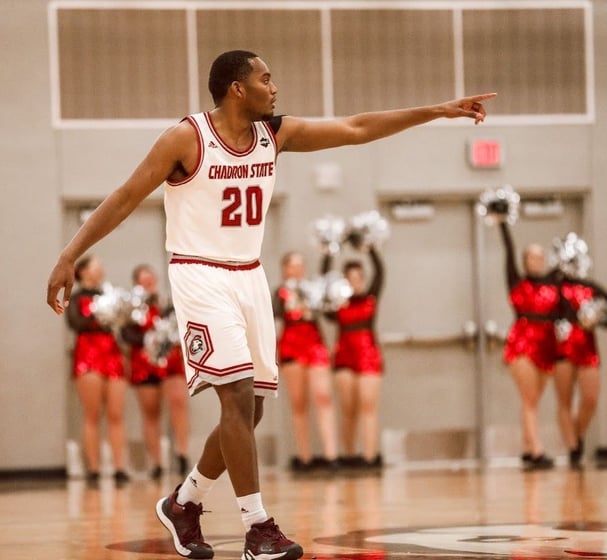 No doubt about it, the Chadron State College men's basketball team needs to win some more games if it's going to reach the goal of qualifying for the Rocky Mountain Athletic Conferences's Shootout at the end of the season.

Since it's perceived that it's easier to win at home than on the road, this will hopefully be an opportunity for the Eagles to improve their chances of ranking among the eight teams to reach the post-season when they host Colorado-Colorado Springs on Friday and Regis on Saturday in the Chicoine Center.

They'll have their work cut out for them.  That's particularly true when Colorado Springs invades. That team smacked the Eagles 91-63 when they met on Jan. 3 in the Mountain Lions Gym.

It was the Eagles' third game in four days and they were tired, but CSC Coach Shane Paben said during his post-game radio interview that the Mountain Lions are big, deep and experienced and will be tough to beat no matter where the game is played.

The coach also knows his players want to prove they're much better than they showed in the first matchup. The Eagles are now 9-8 for the season and 6-5 in the RMAC.

Mesa has two conference losses and the others one apiece after Mesa spilled Black Hills State 80-69 in Spearfish on Friday the 13th, even though Yellow Jackets' standout Joel Scott tallied 31 points.

Colorado Springs has three players averaging in double figures. Senior guard Jon'll Fugett is scoring at a 13.8-game clip, Beni Fungula is at 11.6 and 6-foot-8 Mac Stodart 11.3. Another bruiser is 6-9 William Becker, who was six-of-seven from the field while scoring 13 points and grabbing nine rebounds in the Jan. 3 games.

The night before losing to the Mountain Lions, the Eagles were in Denver and outscored Regis 43-29 in the second half to win 74-64.  It was CSC's seventh win in eight games. The Rangers began this week with a 7-9 season record and a 4-6 conference log.  Their first three RMAC wins were by a total of five points, but they thumped another Denver quintet, Metro State, 85-70 last Saturday night.

The Rangers' scoring leader, super senior David Simental, who also has played for CSU-Pueblo and Nebraska-Kearney during his career, is scoring at a 15.2-point clip and is one of the league's best pure shooters.

Of course, the Chadron State women also will be at home this weekend. These Eagles are 3-14 and 3-8 in the RMAC, putting them at them low in the conference standings along with Colorado Christian and South Dakota Mines.

But the Lady Eagles play hard and it's always interesting to see how many different angles forward Shay Powers can devise to make her shots around the basket while perplexed defenders assigned to stop her are left behind.  Her 56.5 shooting percentage is impressive. She made 20 of her 24 field goal attempts last weekend, and earned one of the RMAC Player-of-the-Week for the second time this season.  Besides scoring 46 points in the two games, Powers also claimed 20 rebounds.

The Regis women won 73-64 when it played CSC in Denver, even though Powers made 10 of 13 shots from the field while scoring 22 points and senior guard Samiyah Worrall poured in 21. The CSC women also gave it their best in Colorado Springs, outscoring the Lady Lions 40-35 in the second half to close the final gap to six points—72-66.

At 11-5 for the season and 8-2 in the conference, the Regis women are second in the RMAC standings, just a half game behind the Mines Orediggers.  UCCS begins the week at 6-11 overall record and is 5-6 in league play.

The Friday night double-header in the Chicoine Center will begin at 5:30; the Saturday night twin-bill at 4 o'clock.

Due to winter weather and closed roads, tonight's wrestling dual between No. 16-ranked Colorado Mesa University and Chadron State College has been postponed. The dual will be rescheduled at a later date.
The CSC wrestlers will compete in three duals in Kearney Saturday, beginning with No. 14 Fort Hays State at 8 a.m. The Eagles will then wrestle No. 1 Central Oklahoma before closing out their day with Newman.