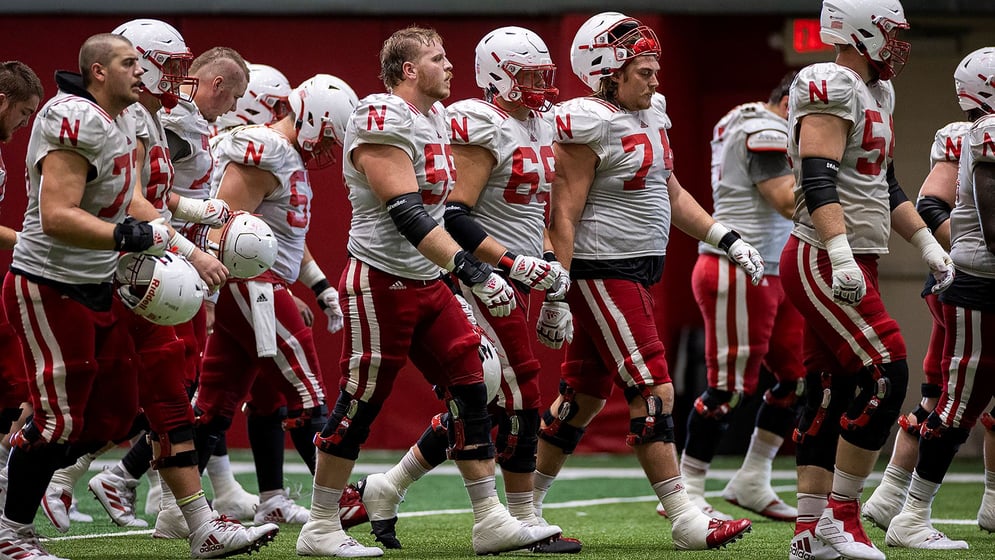 Nebraska head coach Scott Frost met with members of the media following Saturday's practice. Frost addressed the improvement of several offensive position groups as the Huskers prep for their trip to Ireland.

"The guys show up to work every day," Frost said. "I think they're hungry. We're cleaning stuff up little by little. We scrimmage tomorrow and are turning our attention to Game One. A lot of decisions will be made after tomorrow, and we will have pretty good idea of the depth chart. Then, it's about getting the team ready to fly overseas and play."

Frost specifically discussed the improvement of the offensive line.

"They're working harder than I've ever seen them work," he said. "That's not just my opinion. We put a lot of science into this with the NAPL lab and Zach Duval. The guys wear monitors that track overall output and many other statistics. They are more than doubling in a lot of cases in the amount of effort they put out than in the last couple of years in practice. They are doing an unbelievable job. I've been pleased with the way they're playing."

He also spoke on the competition and growth of the running backs.

"Our running back group has really made a giant leap," Frost said. "It's going to be tough to separate yourself from that group with the guys that we have in that room. The guys in camp are all doing a good job and have just continued to work and get better. I think the competition has gotten them to play harder and Coach Applewhite demands a lot out of those guys. He coaches them hard and he's getting a lot out of them."

The Huskers will return to the practice field tomorrow as they prep for the season opener on Saturday, Aug. 27 against Northwestern in Dublin, Ireland at 11:30 a.m. (CT) on News Channel Nebraska radio stations across the state, including 98.7 FM (KSID-FM) in Sidney.